I finally made it back out to the engineering design center on campus where I have the Gambit board and materials stored. I came out to start installing the parts I have designed and printed for the gantry system. In doing so, I found many areas that needed to be improved prior to use.

For one, there was wayyyyyy too much wiggle room within the electromanet slider rods which made the gantry itself not move as smoothly as I had desired. It resulted in the middle rod to slant when the gantry would change direction. 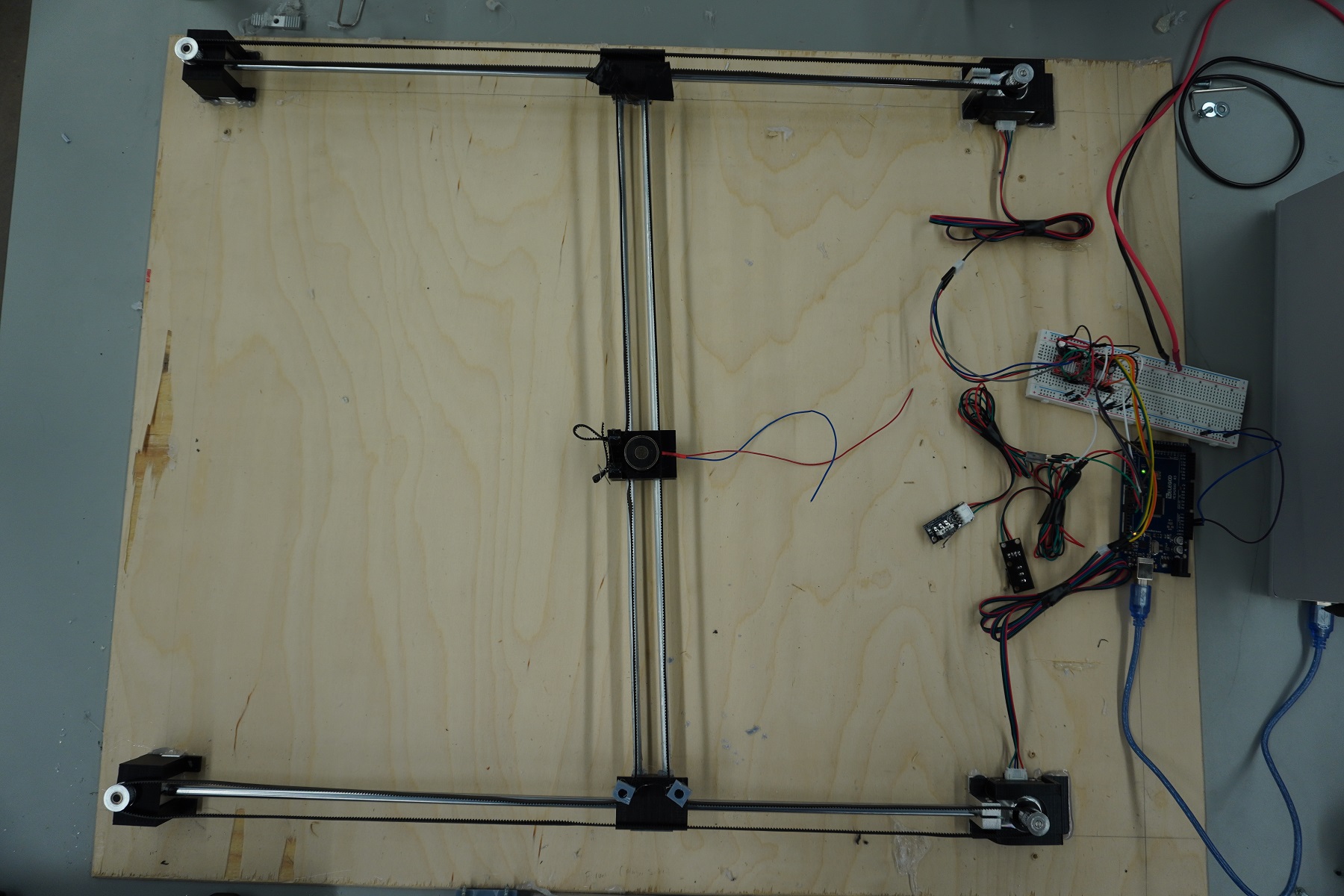 The way I plan to prevent this from happening again is to have the end mounts to have a greater connection which will fix the rods in a better fashion. Furthermore, I will be replacing the very maleable rods with stiffer rods which should provide even more stability.

Along with that, I will have to begin working on the user interface that will allow the user to interact with the program in a user friendly manner. This will require me to better understand methods in which python can be implemented either in html or creating a program that can run in another similar manner.

On top of the new rods and rod mounts, I will be adding a lip to the areas in wich the belt raps around. The belt kept slipping off as I was using it so I quickly grabbed some scrap prints and hot glued them to the top of the rods that held the belt. Although it worked, I am definetely not satisfied with it. 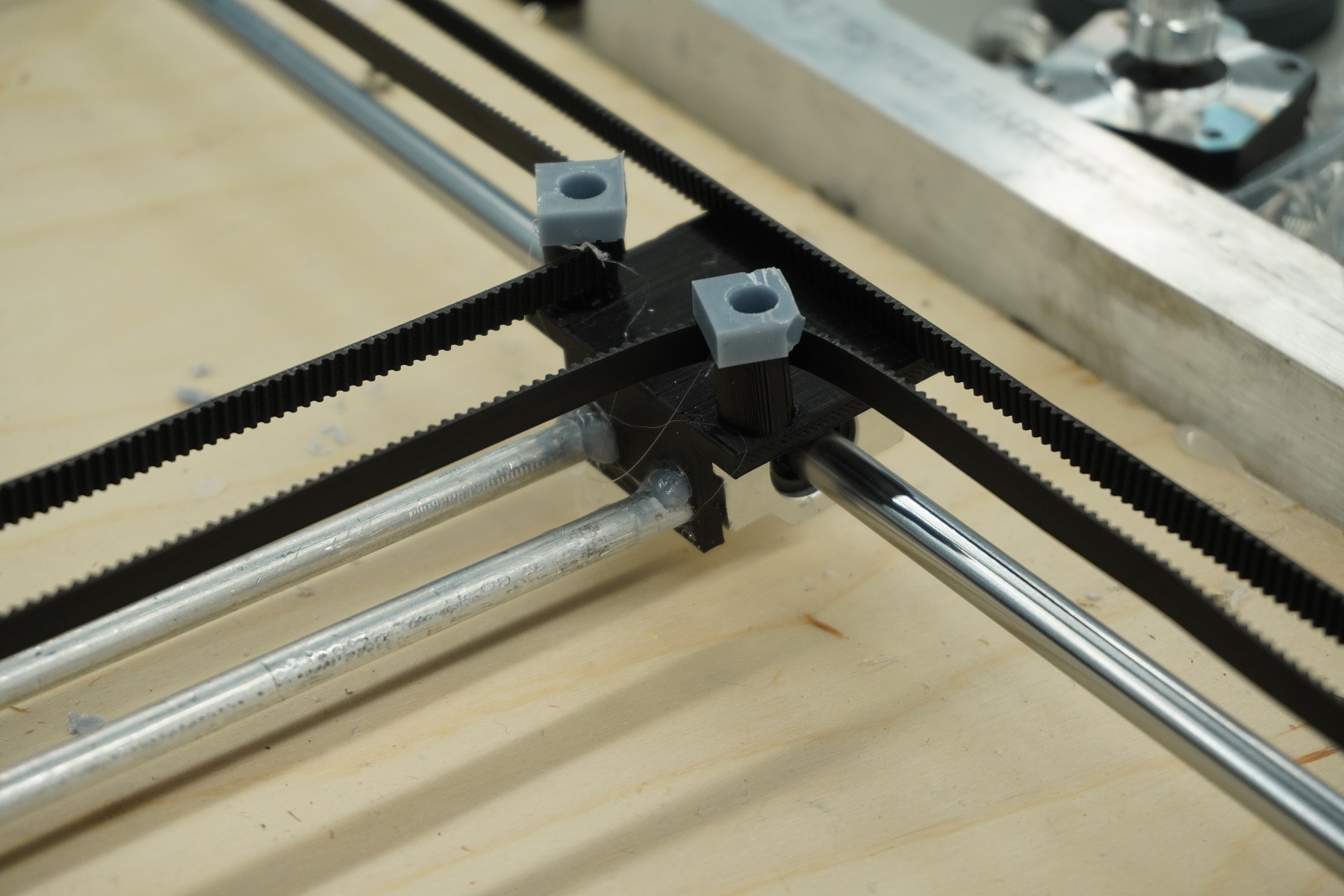 Even though I did notice some issues, a lot of what I had designed worked as planned. For instance, the belts lined up pretty perfectly throughout the whole system. If it did not, the motor would not be putting in enough torque in the proper direction which may have caused issues down the line.

Another success was seen in the electromagnet holder. It slid pretty well on the two rods that were used. However, as the rods were not perfectly straight, it would get caught on towards the end of the rods. The electromagnet holder held it well along with the ends of the belt. I do need to work on the clasp system of the belts to prevent the belt from slipping. For now, paperclips will do. 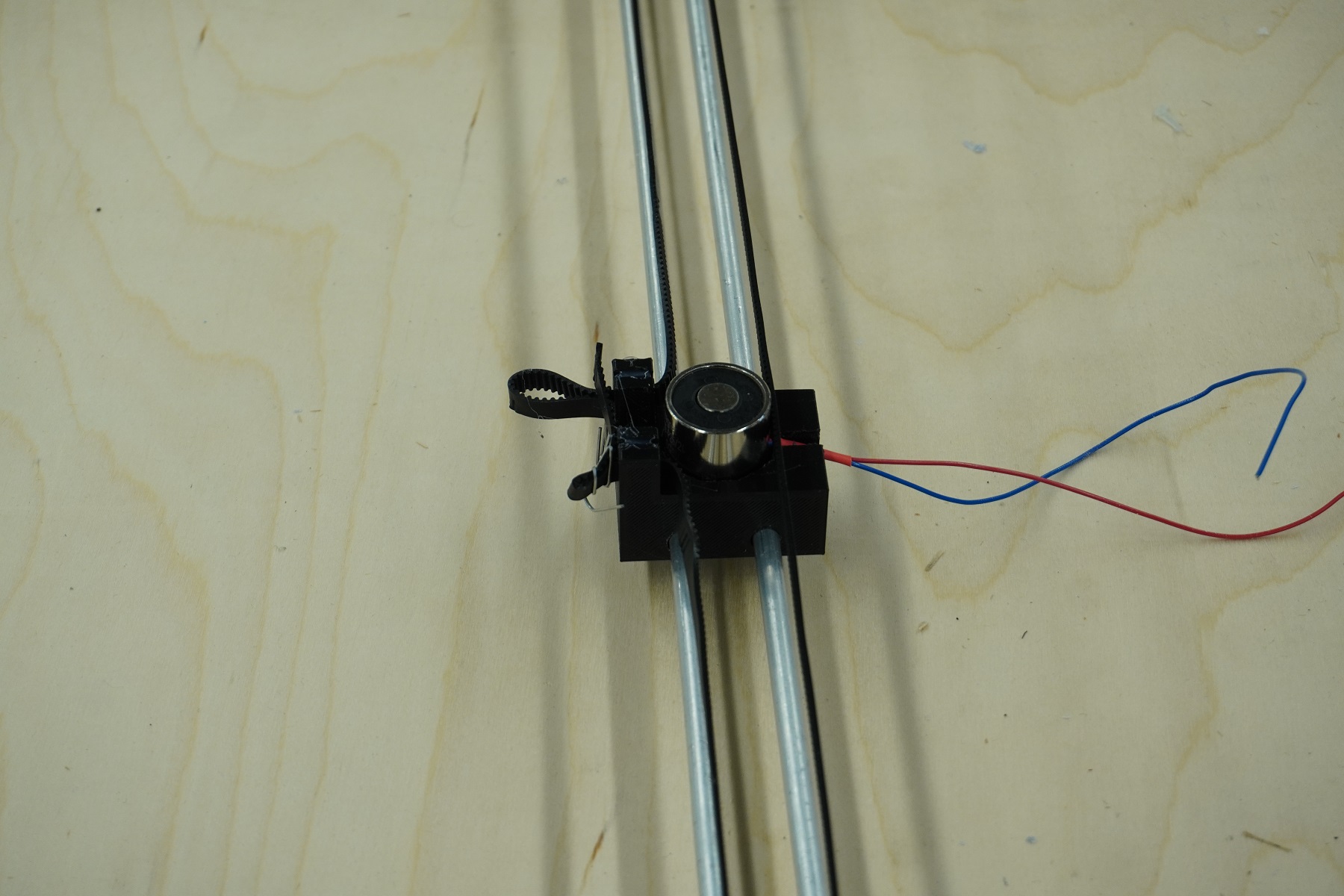 The last success and the one I was most proud of was bringing the entire internal system to a size of about 1.8 inches. This is an improvement from the last system by about 1.5 inches. Which is tremendous when actually looking at the system. 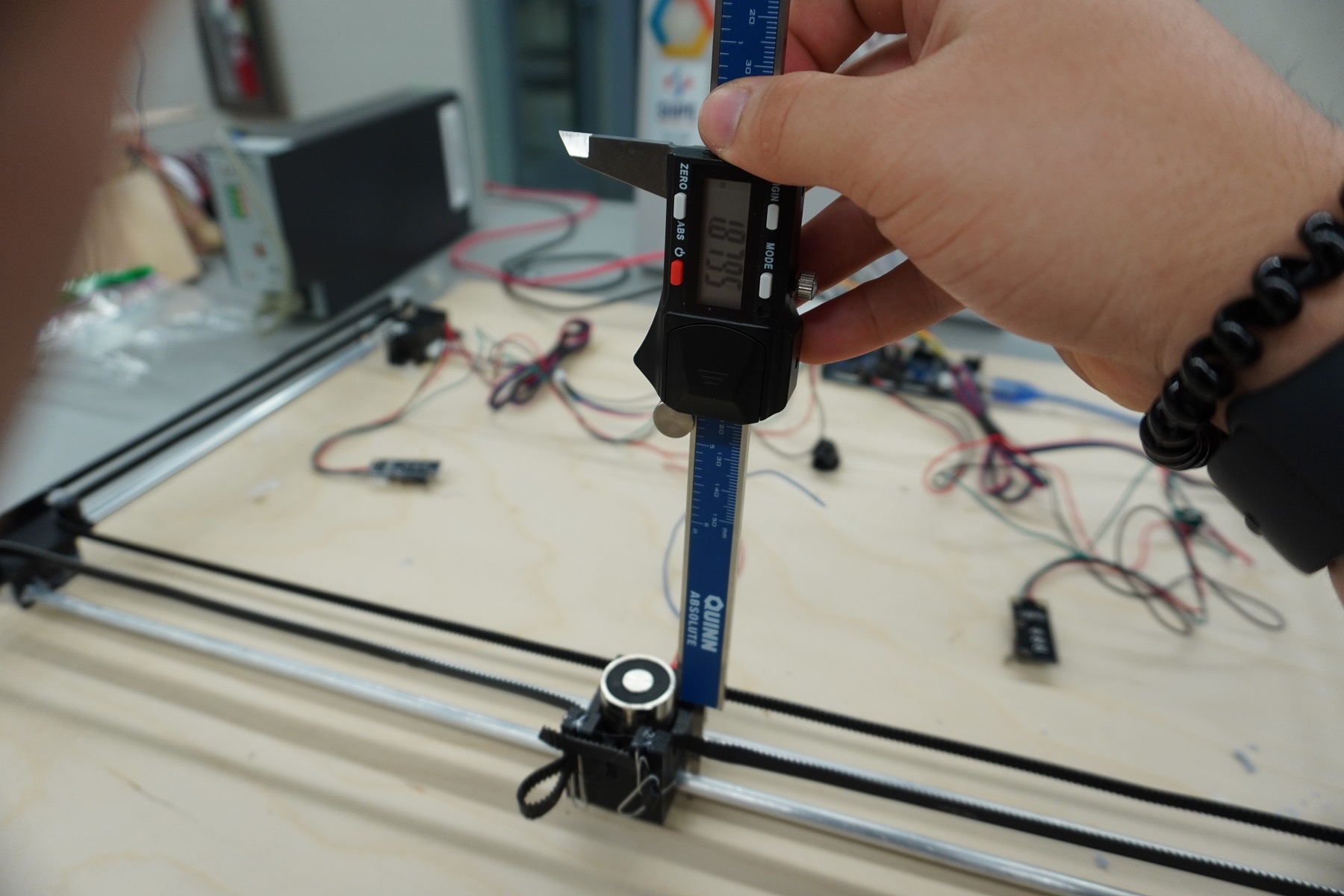 The next steps on the gantry include redesigning a few parts and then stress testing it again whenever I make it back.

I am thankful for the FEDC. The environment and the staff have been extremely accomodating and encouraging throughout the build.