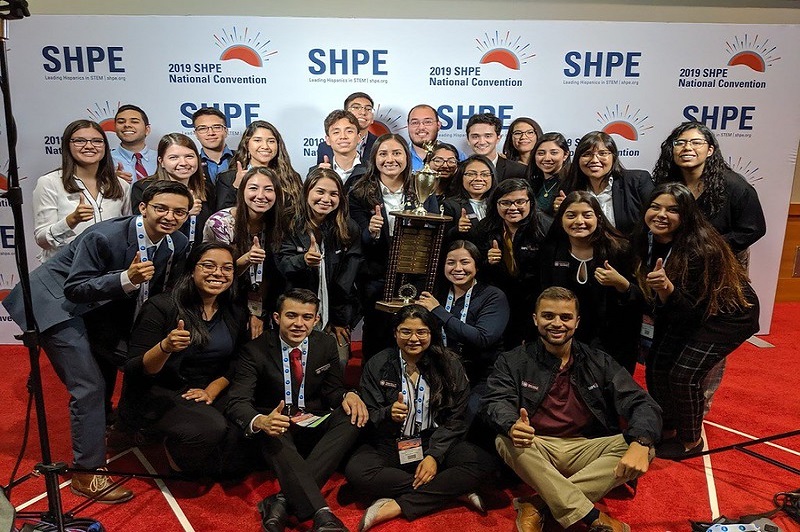 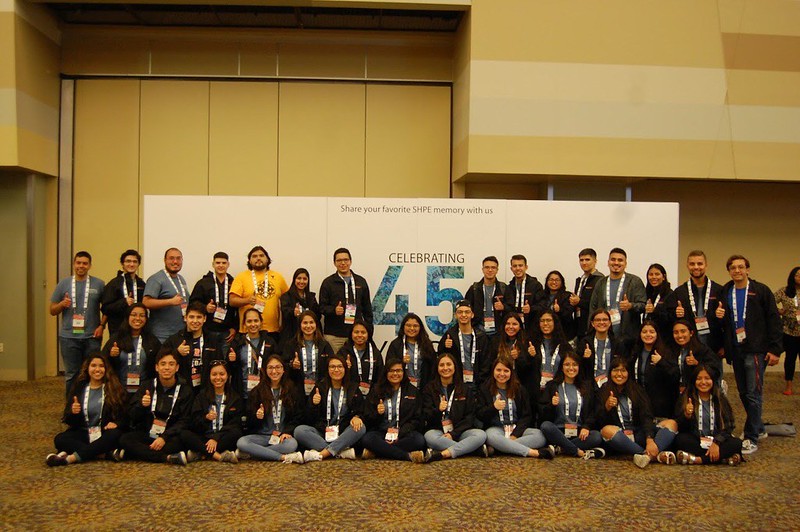 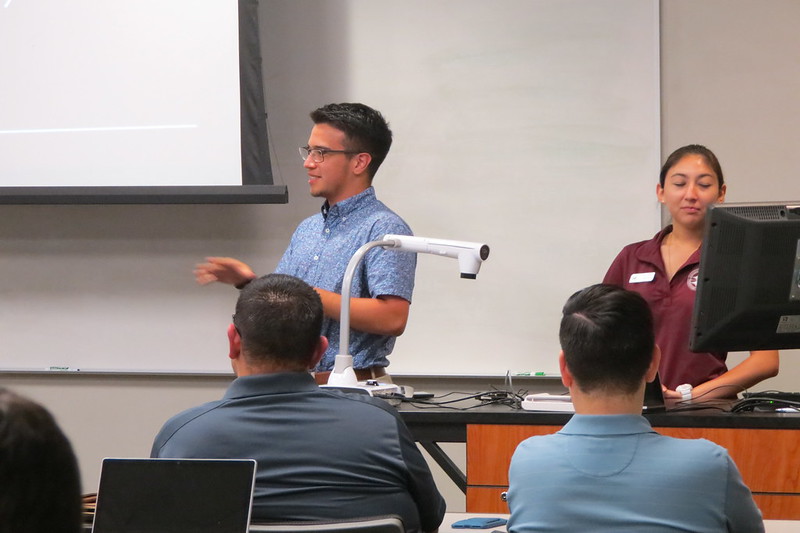 I am a senior at Texas A&M University pursuing Mechanical Engineering. I currently have the privilege of serving as the President of the Society of Hispanic Professional Engineers. In this role, I hope to inspire our members to push themselves and learn new skills that can be applied throughout their future endeavors.
I am always actively seeking my next challenge. I have a passion for learning, design, and innovation. If you have any questions feel free to email me or connect with me!

My journey and experience as serving as the President of TAMU SHPE for the 2021-2022 academic year.

My SHPE journey started the first week of my freshman year in college. As a first generation student, I did not have many people to look to for guidance. Fortunately, I met someone during the Texas A&M Men's Club Soccer tryouts who would go on to drastically change my life. This man who soon became my mentor mentioned that I check out the Texas A&M University SHPE chapter. Soon thereafter, I attended their first event of the year where I got to meet the executive board. Surrounded by other like minded individuals who come from similar backgrounds as myself, I knew from that point that SHPE would become my home away from home.

During my freshman year, I was one of three freshman to be selected to attend the SHPE National Convention in Cleveland, Ohio. Throughout the convention I met countless individuals who I consistently keep in contact with. Furthermore, I also took part in the Extreme Engineering challenge where only 100 of the 500+ applicants where selected. My team later went on to place in the top three overall. With this experience, and the computer aided design experience I gained throughout high school, I was able to land an internship with Northrop Grumman during the career fair. This opportunity would go on to shape my academic and professional endeavors.

As the National Convention ended, I continued my involvement in SHPE by attending as many events as I could. I even went on to join the Internal Affairs committee where my network grew exponentially and this is where I began understanding the meaning of the SHPE Familia. After everything that SHPE gave me, I knew I had to do everything in my power to give back.

Since attending my freshman year, I went on to run for an executive board position, and I did not get elected. Nevertheless, I continued my involvement and ran for office again the following year. This time, I was elected to serve as the Director of Technical Affairs. I went on to establish numerous initiatives that encouraged the development of technical skills like those seen in web development like HTML, CSS, and JavaScript.

Although I served as an executive board member, I still felt that I could do more to serve those around me. I went on to run for President and was elected to serve for the 2021-2022 academic year. I hope to continually engage with members to establish an environment that stimulates professional, academic, social, technical, and personal growth. 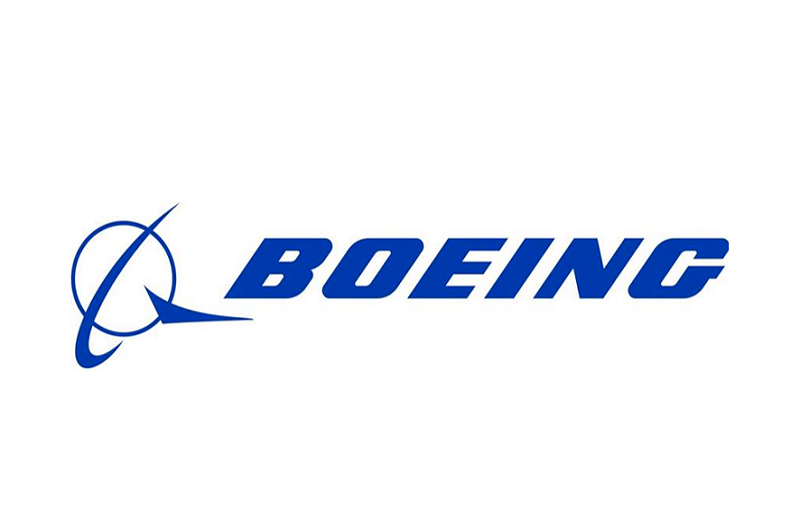 In September of 2020, I applied to a Boeing opportunity that had been advertised to the students of the College of Engineering at Texas A&M University. Within a few weeks, I had been selected to interview for their Engineering Accelerated Hiring Initiative.

Throughout my time thus far I have been assigned numerous projects to oversee. My primary project has been to be responsible for the design, prototyping, manufacturing, and installation of foreign object debris barriers within the 4 777x test aircrafts within Boeing Test & Evaluation. With this project I have coordinated with numerous leads throughout the organization. The parts that have since been installed within the aircrafts was designed using CATIA V5, IVT, and Enovia. This ensured that all of the dimensions were exact within tolerances established from the manufacturing processes.
My second project dealt with overseeing the project management side of the installation of essential test equipment designed to manipulate the center of gravity and electrical load throughout the aircraft during flight testing. Using Microsoft Projects, I am to coordinate with design and instrumentation leads within flight testing to ensure quality and effectiveness. 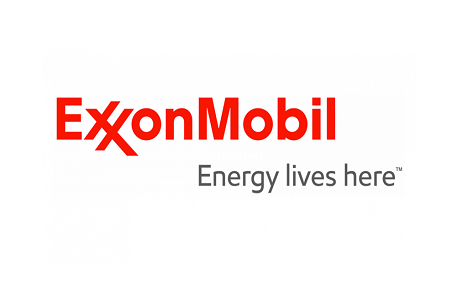 During the Fall of 2019, I was selected to attend the Future Leaders Academy hosted by ExxonMobil. As 1 of 40 students to attend this leadership convention, I had the oppotunity to meet top executives of the company and learn from their past experiences. During the last day of the convention, I met with hiring managers across the organization. I was then offered a position within Upstream Integrated Solutions.

As an intern for this specific group, I was tasked with the enhancement of the Lessons Learned Tool. This tool tackled a common problem seen within the Wells Organization. When constructing a well, Well Engineers document their good practices, or things that could have been improved. These were usually stored on massive excel sheets that were rarely properly organized. This lack of organization made it so that the lessons were not usually implemented. Not only were they not implemented, they were not shared across the organization. This is where the tool comes into play. The lessons learned tool would provide a place where the lessons could be stored and not only shared across the organization, but to contractors that were operating on a specific rig or well.
In my time with ExxonMobil, I used HTML, CSS, jQuery, VBA, JavaScript, Nintex Forms and Workflows to create a user friendly environment that encouraged proper documentation. 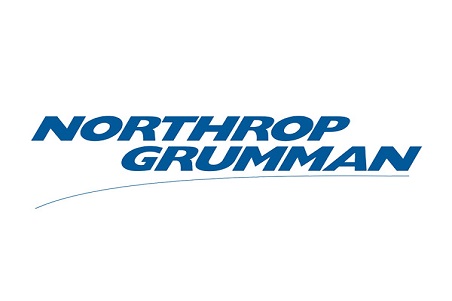 Technical College Intern for Aerospace Systems during the summer of 2019.

During the summer following my freshman year, I was a intern for Northrop Grumman in Palmdale, California. During my time with the military defense company, I assembled and tested electronic, mechanical, and electromechanical systems to ensure consistency and quality. I also developed 3D models, assemblies, and engineering drawings using CATIA V5 to fabricate solutions. Lastly, I facilitated the development of a Subsystem Design and Analysis Lab at the request of sector leadership.
By the end of my internship, I obtained a Top-Secret clearance that is eligible for use until August of 2023. 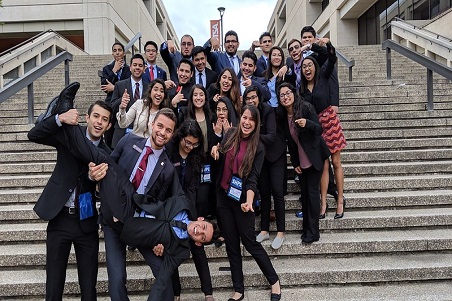 I have been an active member since 2018. I was elected to serve as the Director of Technical Affairs for the 2020-2021 academic year.

In April of 2020, I was elected to be the Director of Technical Affairs for TAMU SHPE for the 2020-2021 academic year. I went on to establish numerous initiatives that encouraged the development of technical skills like those seen in web development like HTML, CSS, and JavaScript. Furthermore, members within my committee developed teamwork and vital communication skills to use in their academic and professional edeavors.

These initiatives were established by establishing a committee that in previous years held about seven members, to one that nearly held 50. When members of SHPE joined the Technical Affairs Committee, they were taught HTML and CSS to create their own personal website. From there, they would be given the opportunity to work on other projects like the automated point sheet, membershpe portal, or SHPE App.
The automated point sheet correlates with a system TAMU SHPE has had in place to keep track of points for active members. These points would be used to determine who is to be selected to attend National Convention the following year. This point sheet in past years was accounted for manually. My team throughout the summer before the academic year was able to completely automate the system. In doing so, time was given back to the secretary of the organization to focus on membership retention and outreach

The initiatives I set in place still stand and are currently being overseen by the new Director of Technical Affairs whom previously served as a lead of the committee. 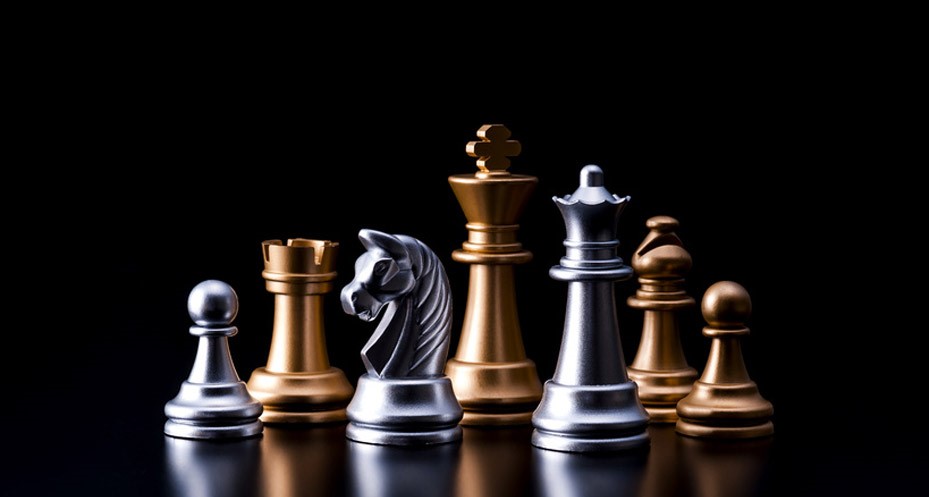 Gambit
A completely automated chess set capable of challenging Grandmasters. I am leading the Hardware Design within the system. Currently in the subsytem design and testing phase. 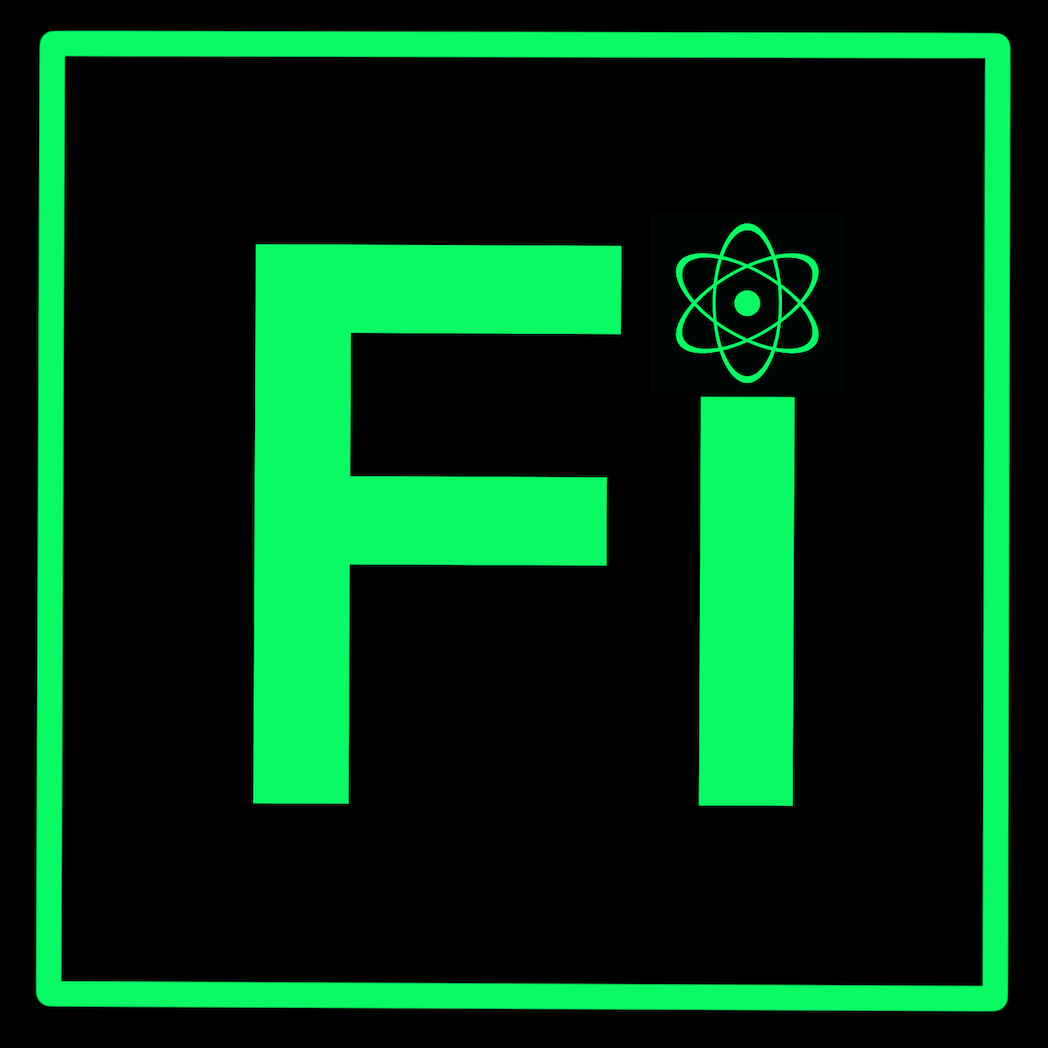 Fermii
Fermii is an iOS based application that would allow users to know when and where their fellow classmates would be studying the same material. This would encourage people to work with one another and learn through teaching. Not only would one benefit from learning from one another, but would be rewarded for it too. Using a point system that provides discounts to local restaurants or shops, students will be encouraged to study more, and grow their network while doing so. 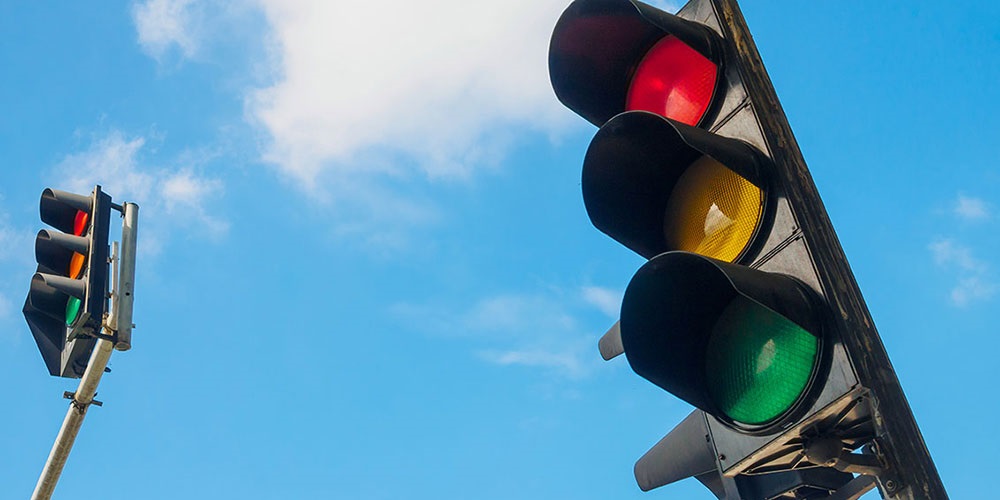 The Right Left
Do you hate unprotected left hand turns at four-way intersections? Because I do. With a passion. The right left is a sensor based system that was created during a 24-hour hackathon that tackles that exact problem. By manipulating a Qualcomm DragonBoard and a few light sensors, the team was able to create a prototype of a speed measuring system. This speed measuring system tracked oncoming traffic and would use pre-measured data to inform the driver. 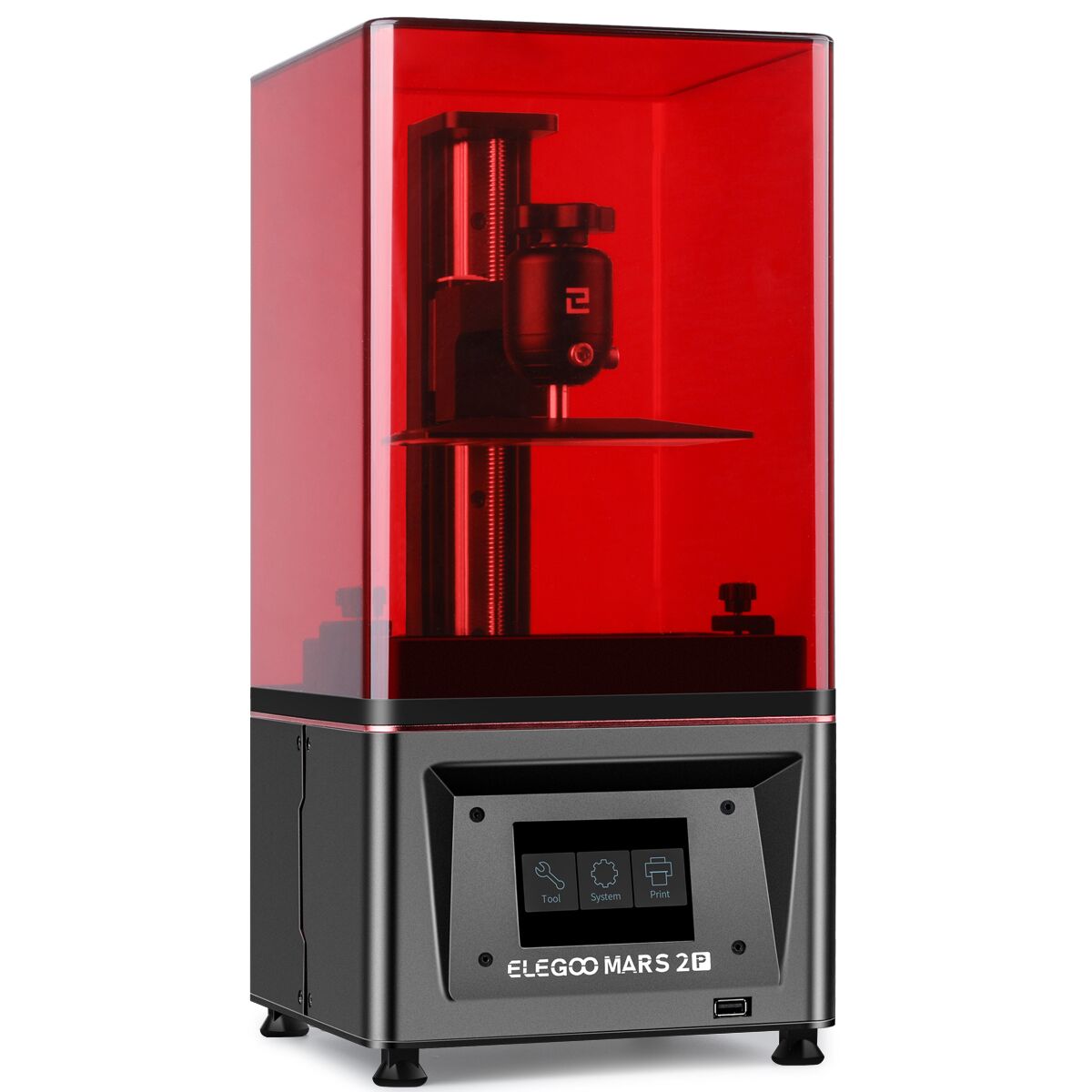 3D Printing
Using my personal Elegoo Mars 2 Pro, a resin 3D printer, I actively design and create parts. Whether it be for other personal projects, or a proof of concept, 3D printing has become one of my favorite hobbies allowing for new projects on a weekly basis.

Selected as 1 of 40 students to attend this leadership development convention hosted by ExxonMobil.

Selected as 1 of 100 students to attend this summit building on the entreprenuership mindset.

Recognized as a HSF Scholar by being a part of the 6% that applied and rewarded a scholarship. 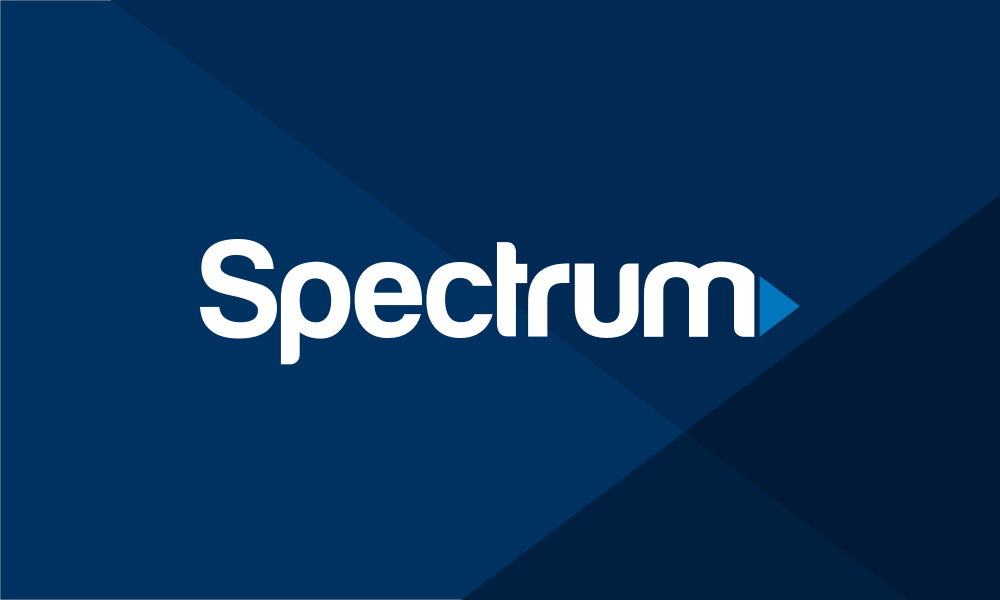 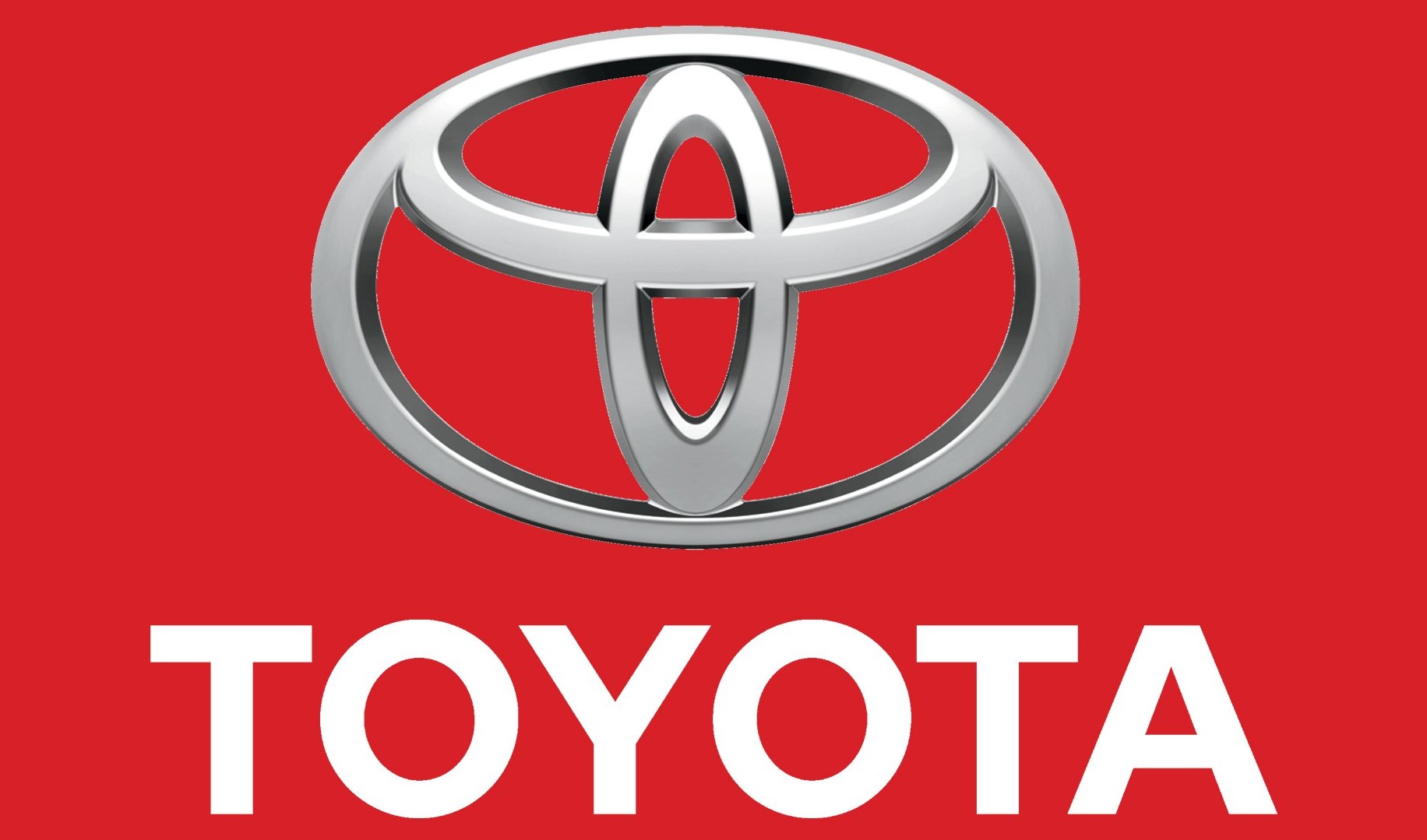 1 of 2 students to be receive a scholarship for their involvement in the Society of Hispanic Professional Engineers. 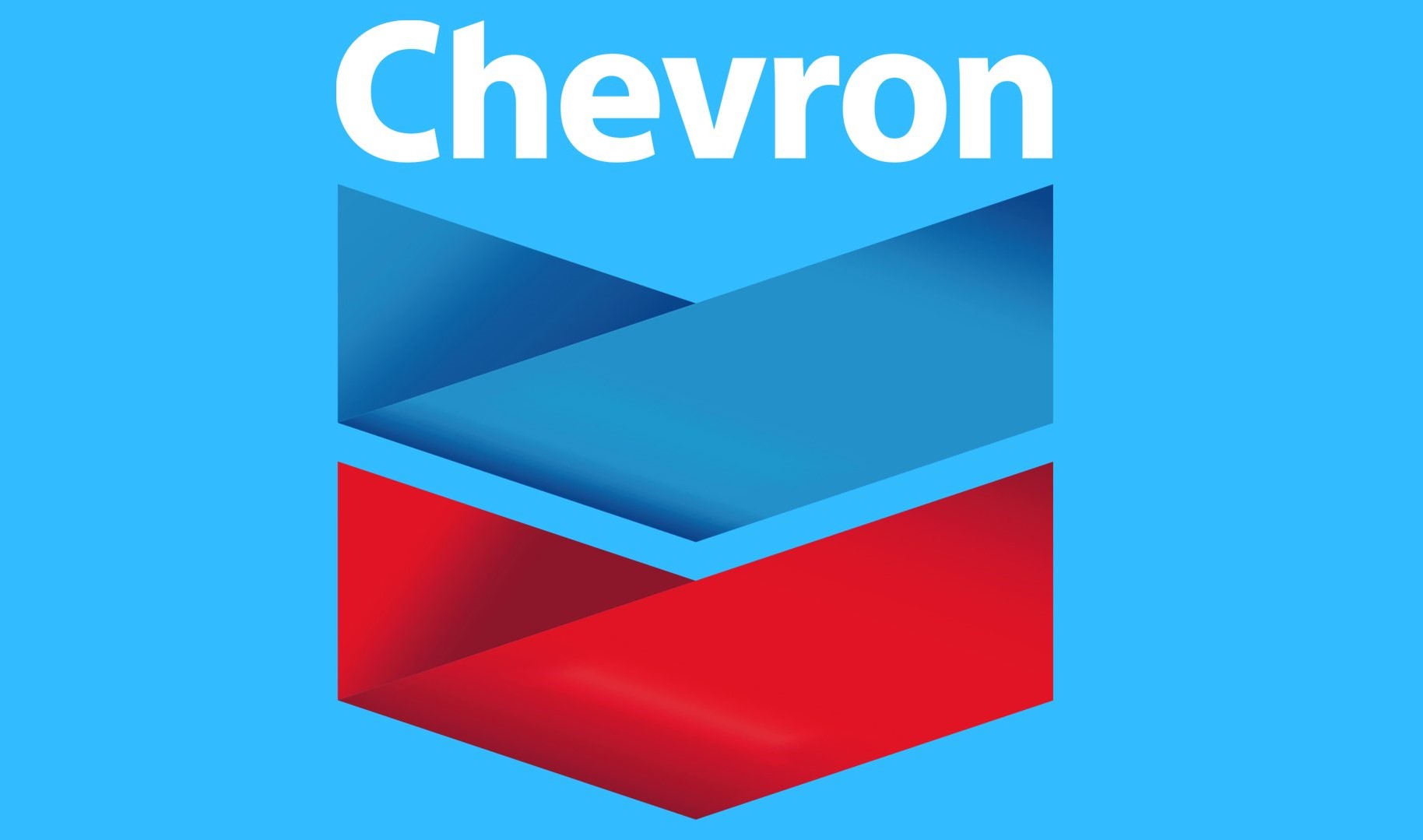 Selected through the Society of Hispanic Professional Engineers to receive this scholarship.