Significant progress was made on the gantry of Gambit. I think she's almost ready to rock n' roll. I want to have nearly everything perfected in the coming days before I bring it out to campus to put it through a few test runs.

Along with that, I got to see Vincent for the first time in a while. He seems to be doing well and is enjoying his newly earned position as the treasurer of SHPE. I am excited to see what his future holds.

With yesterdays' prints, I was able to uncover a significant amount of things that needed to be refined before I would be ready to bring the gantry together. From making sure that the pieces aligned when together to the piece that would hold the electromagnet, it needed to be figured out and tested.

Luckily, I sat myself down and went to work. I determined that a few parts that were slightly adjusted messed up some of the other tolerances that I thought were fine. With a few dimension changes, we were good to go on those parts.

The part that I was scared to get working on was the electromagnet holder. It was nowhere near as bad as I thought it would be. The hardest part was starting as most things tend to be. 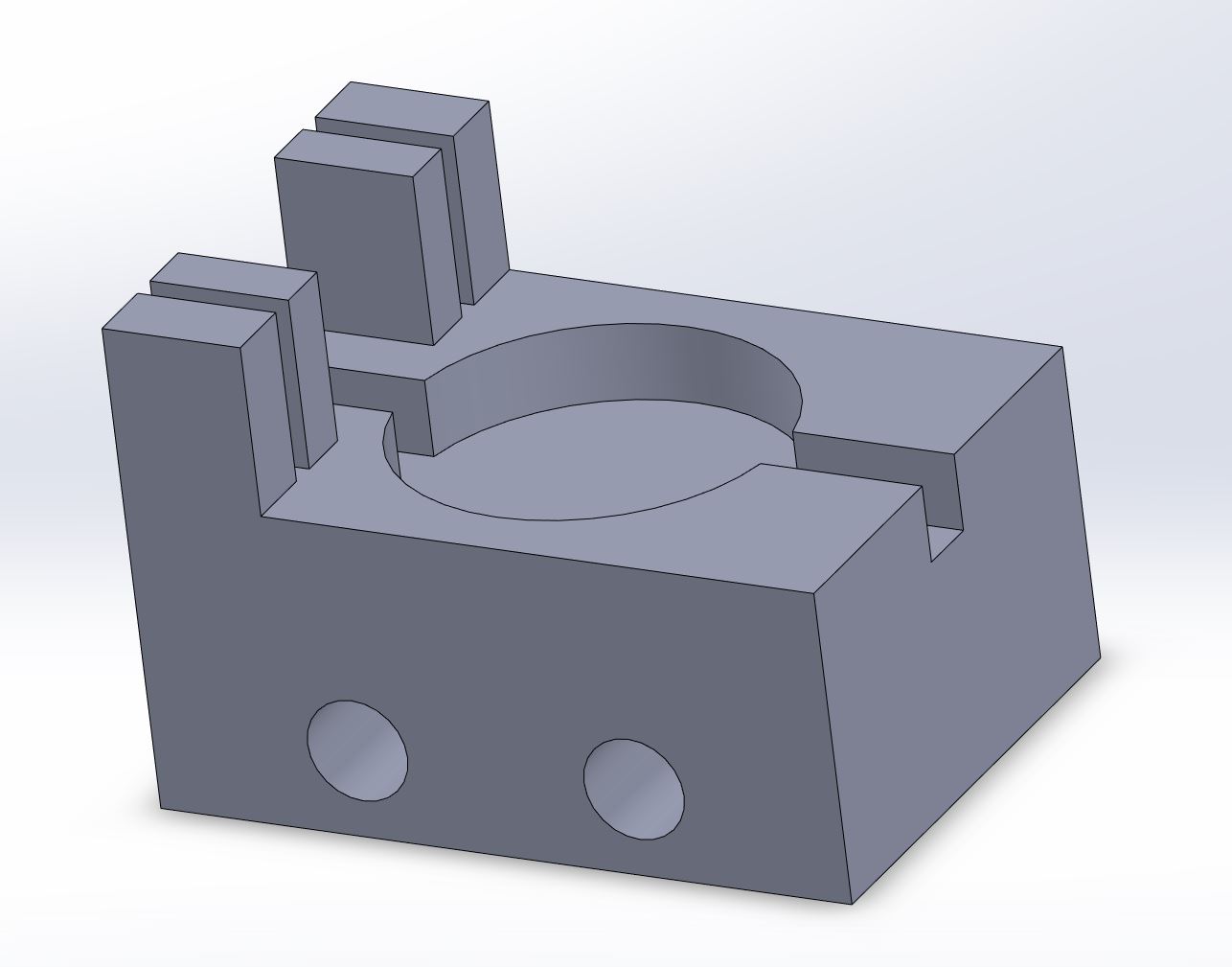 It actually fit perfectly on the first print which was something I definetely was not expecting. The arms on the left side of the image serve to hold the sliced belt in place to allow for the holder to glide smoothly along the gantry. It also fits the elctromagnet pretty comfortably. I am scared however that over time the plastic underneath may deteriorate as the electromagnate emits a substantial amount of heat while in use.

Nevertheless, the assembly is practically complete. The only components that are missing are that of the limit switches. I am worrisome to see how I will incorporate them within the system. Yet, I am excited all the same. 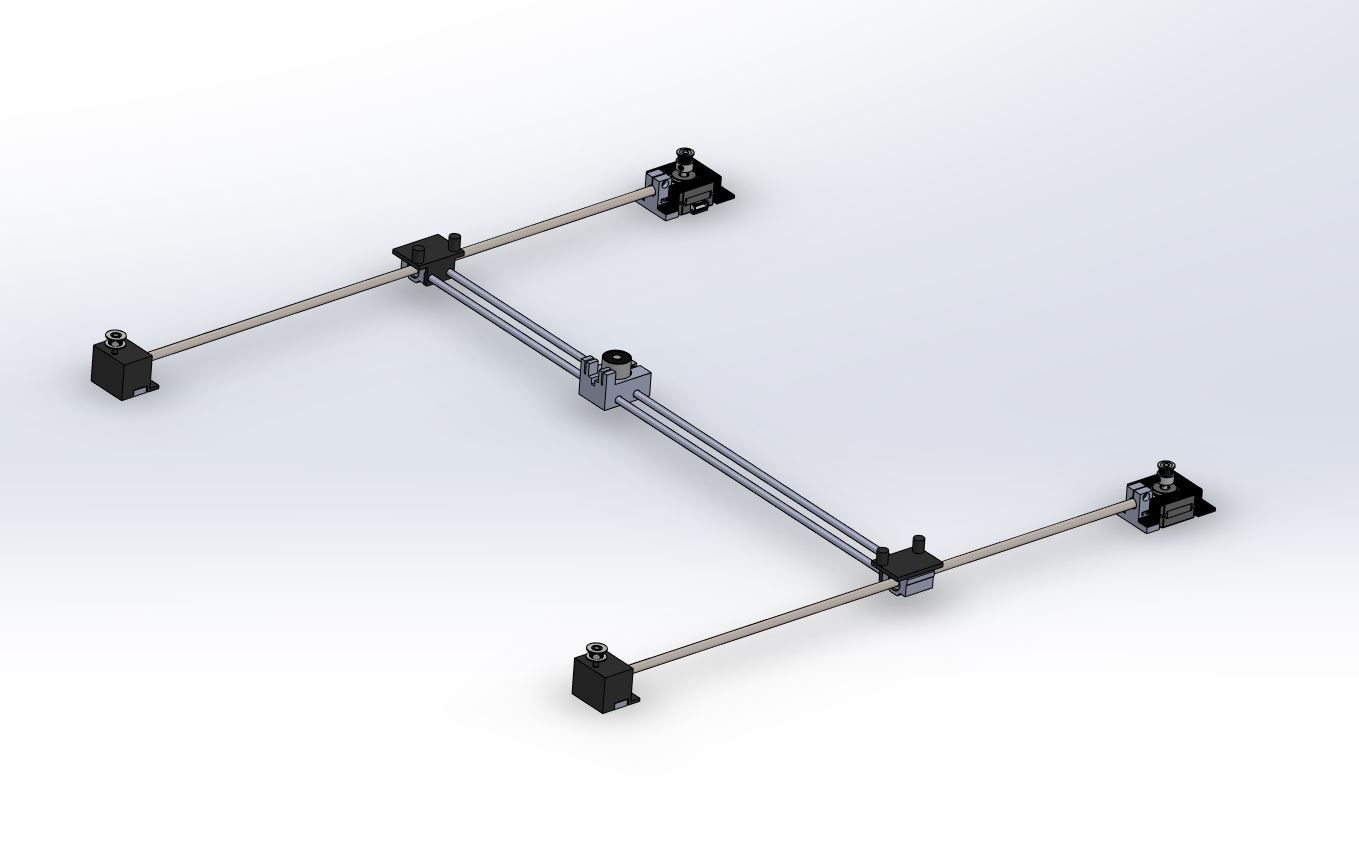 I also got to spend some more time soldering and adding yet again another column and row to the system. In doing so, I altered the script to work with the system and I found the answer to the issue I was facing with the initial large test I had on my already complete 8x8 matrix. It was rather a quick fix, so I am upset I did not spend more time debugging, but with the new template, I will be better prepared for when the system is added to a pane of plexiglass. 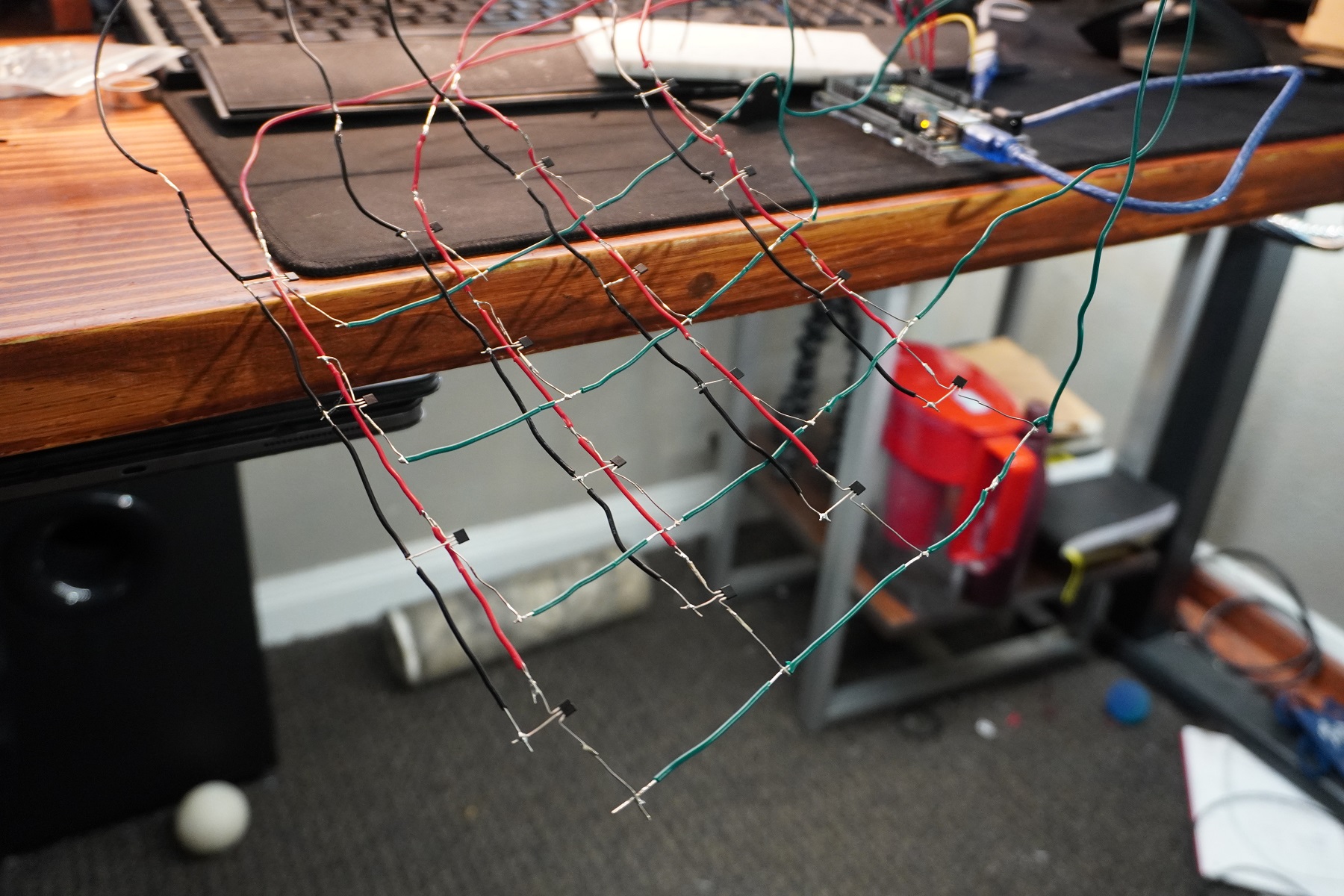 Vincent joined me again today to work on a few things. He was able to test out a script that he wrote to turn the motors. Unfortunately, he was not able to get them running due to bugs that he had not noticed. He's probably going to spend a few more hours of working on it before its up and running. Should be fun! 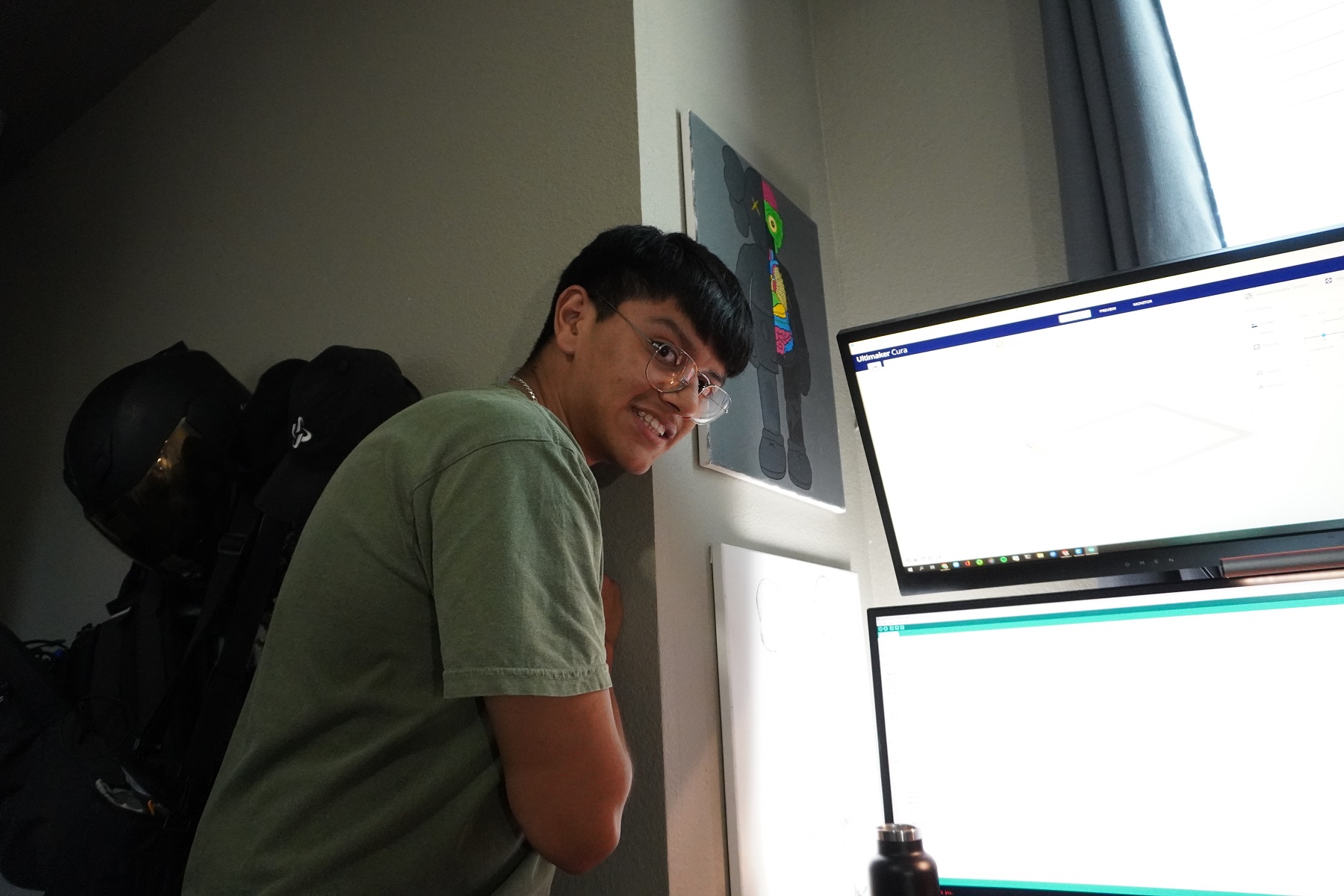 Played soccer once again today. Had a pick up game against some younger kids and I thought I would not be able to keep up. To my surprise, I was. Miss playing on a regular basis, so I am sure this won't be my last time on the pitch just yet. 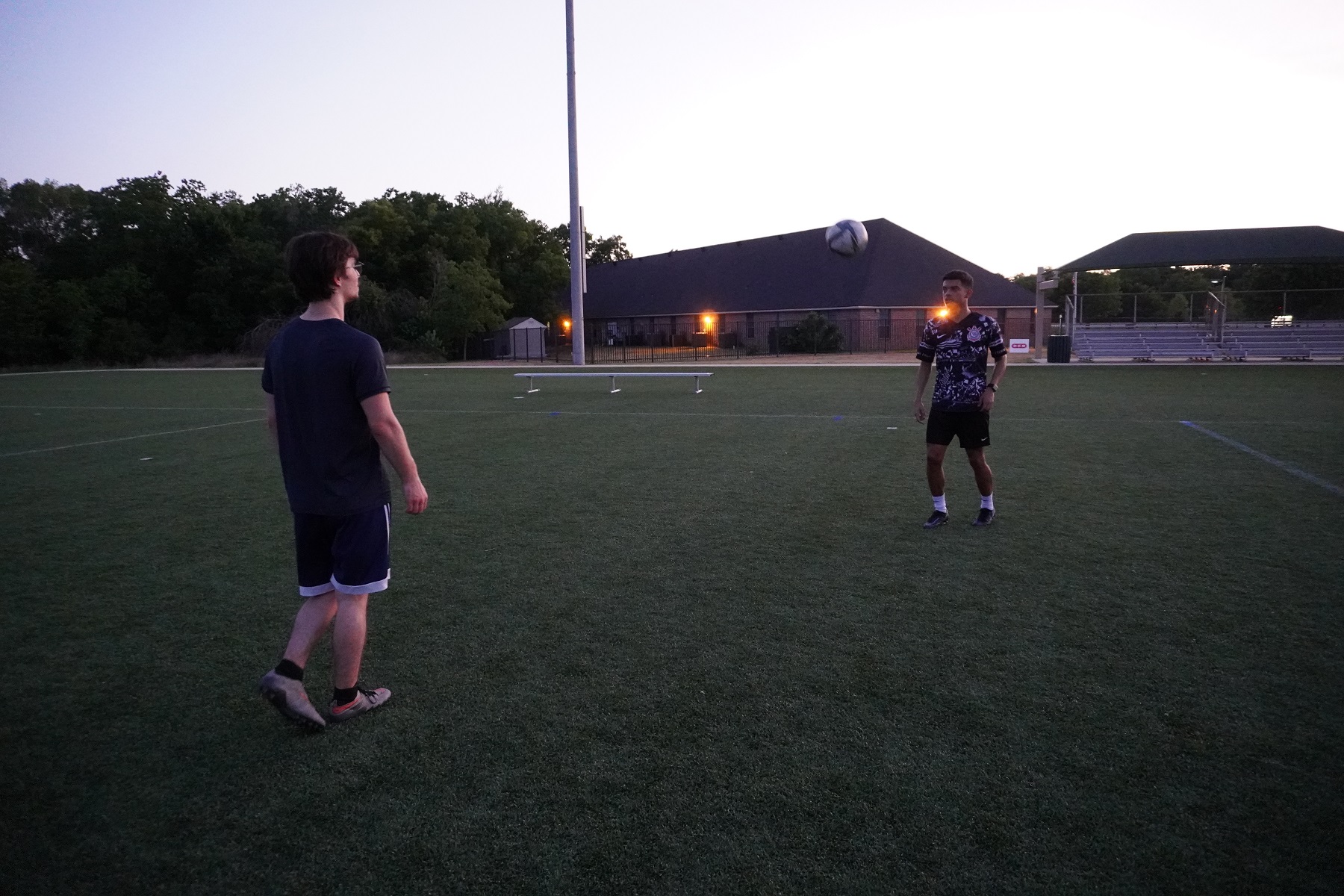 I am thankful for Vincent who brings an enthusiam that is quick to brighten up my day.