I finally moved Gambit from the FEDC. It was bittersweet seeing the accumulation of work from the past year being put on a cart to be rolled away to my car. But before moving it, I was able to get some work in on it.

I began by adding some wires to the matrix to be more accessible at a later date. I then went on to write a script that would be capable of taking in two seperate coordinates from the user and bring the piece from one location to another with the electromagnet. 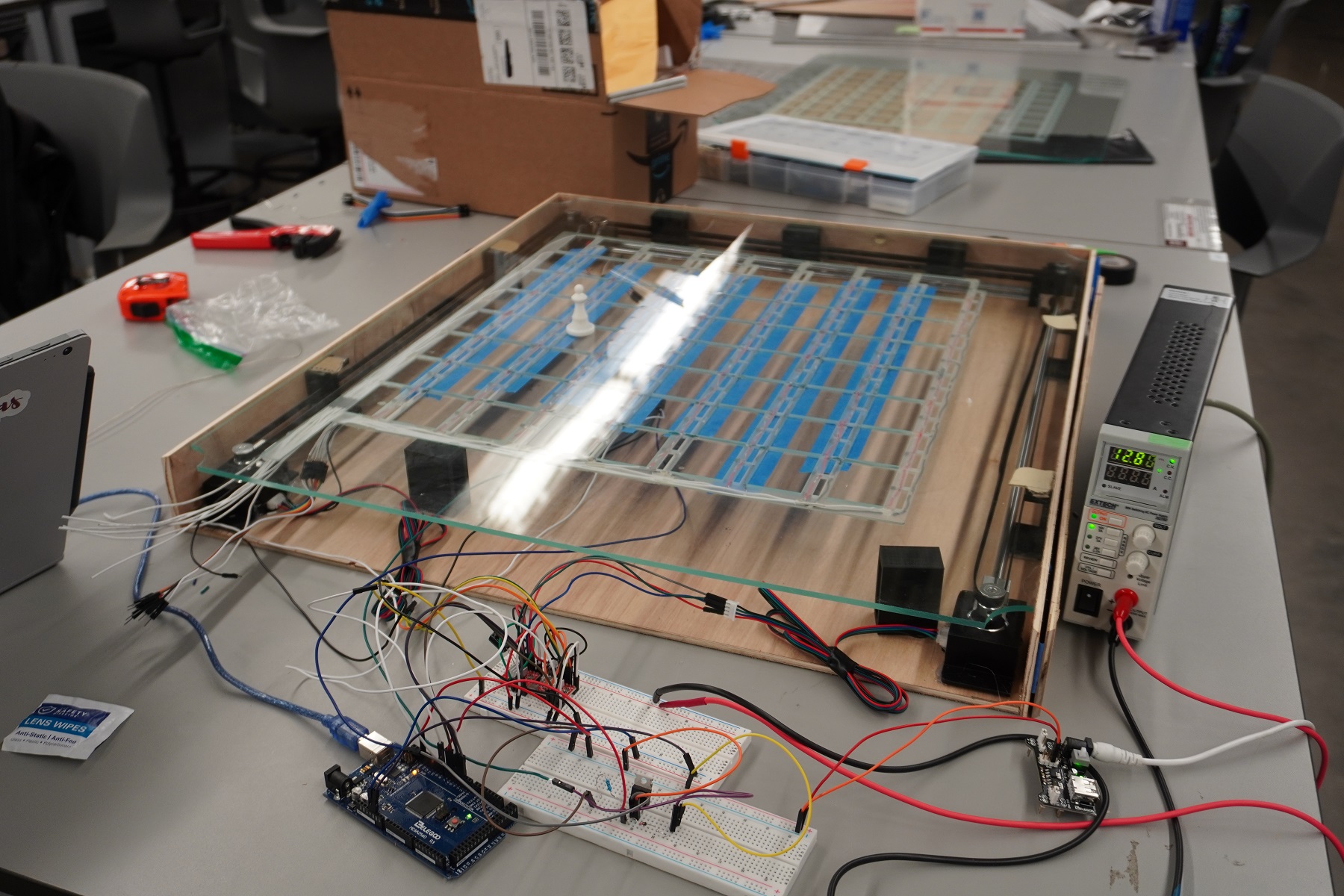 It was cool seeing the board in a better state with a chess piece actually on the board. It still has a while to go before it will be ready to play, but its a nice start. 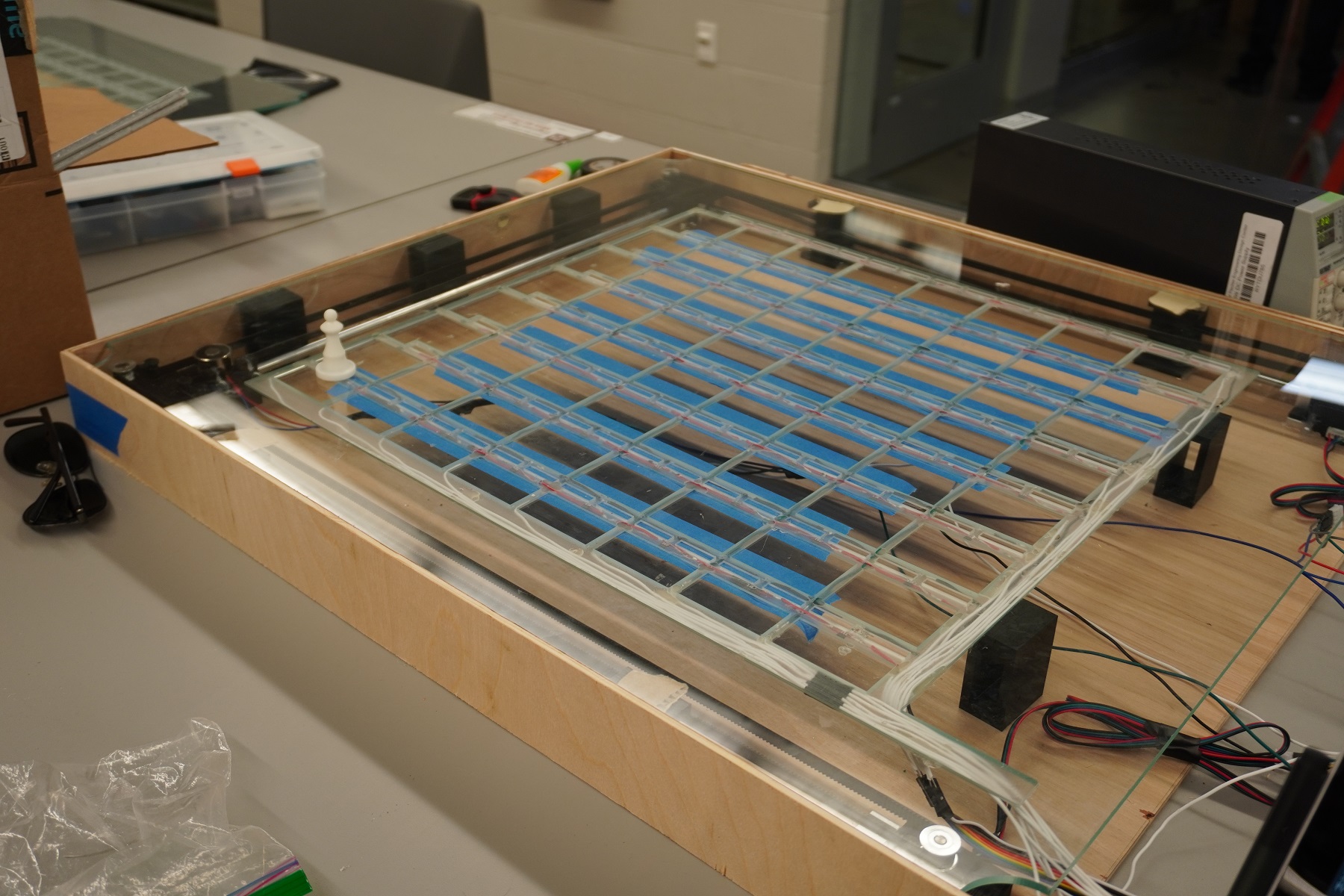 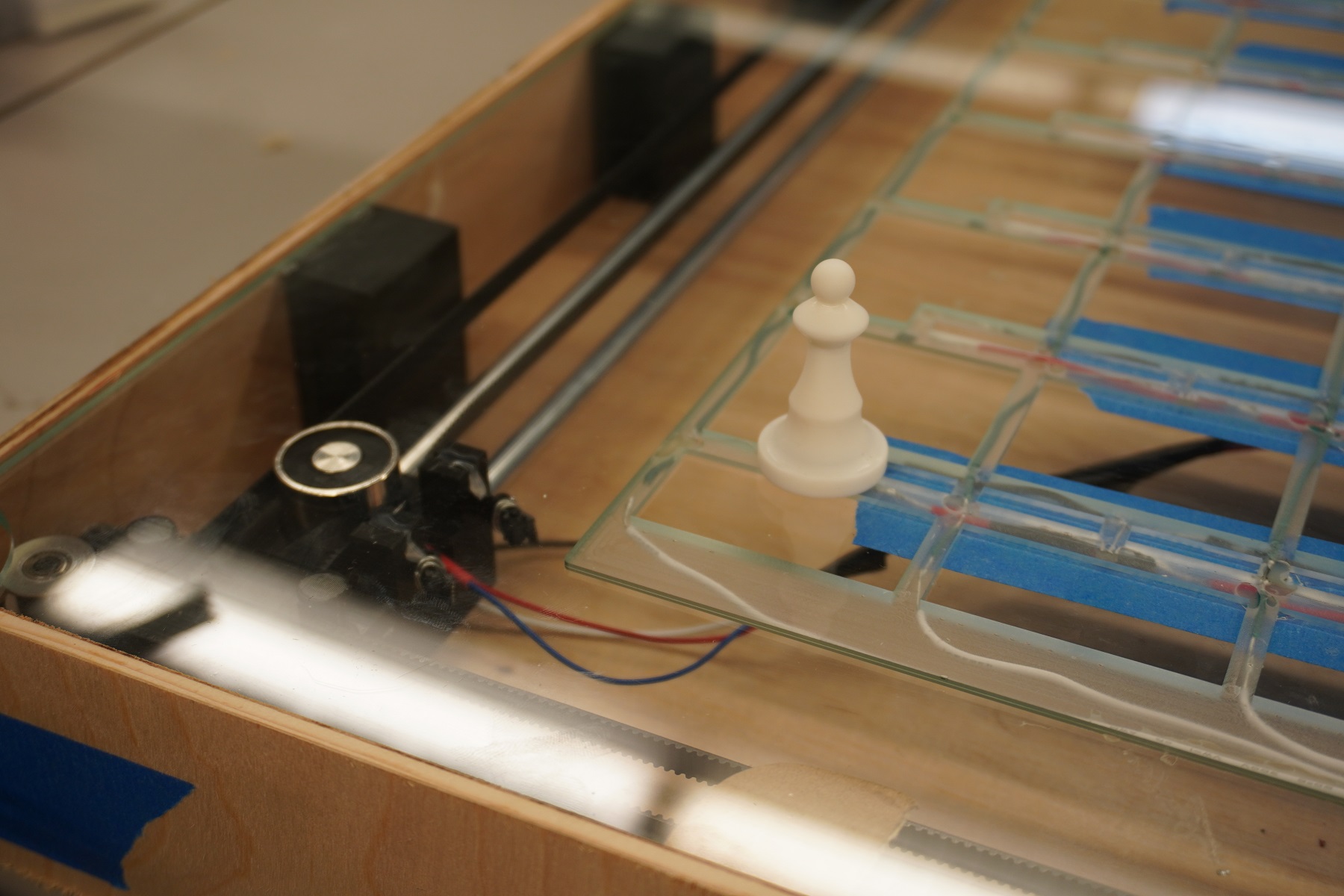 I was able to write the script that was responsible for moving the piece from coordinate to coordinate rather easily, but it came with a lot of trouble shooting on the hardware end. Ultimately, it was up and running and it was great to see the piece moving 'on its own' for the first time. 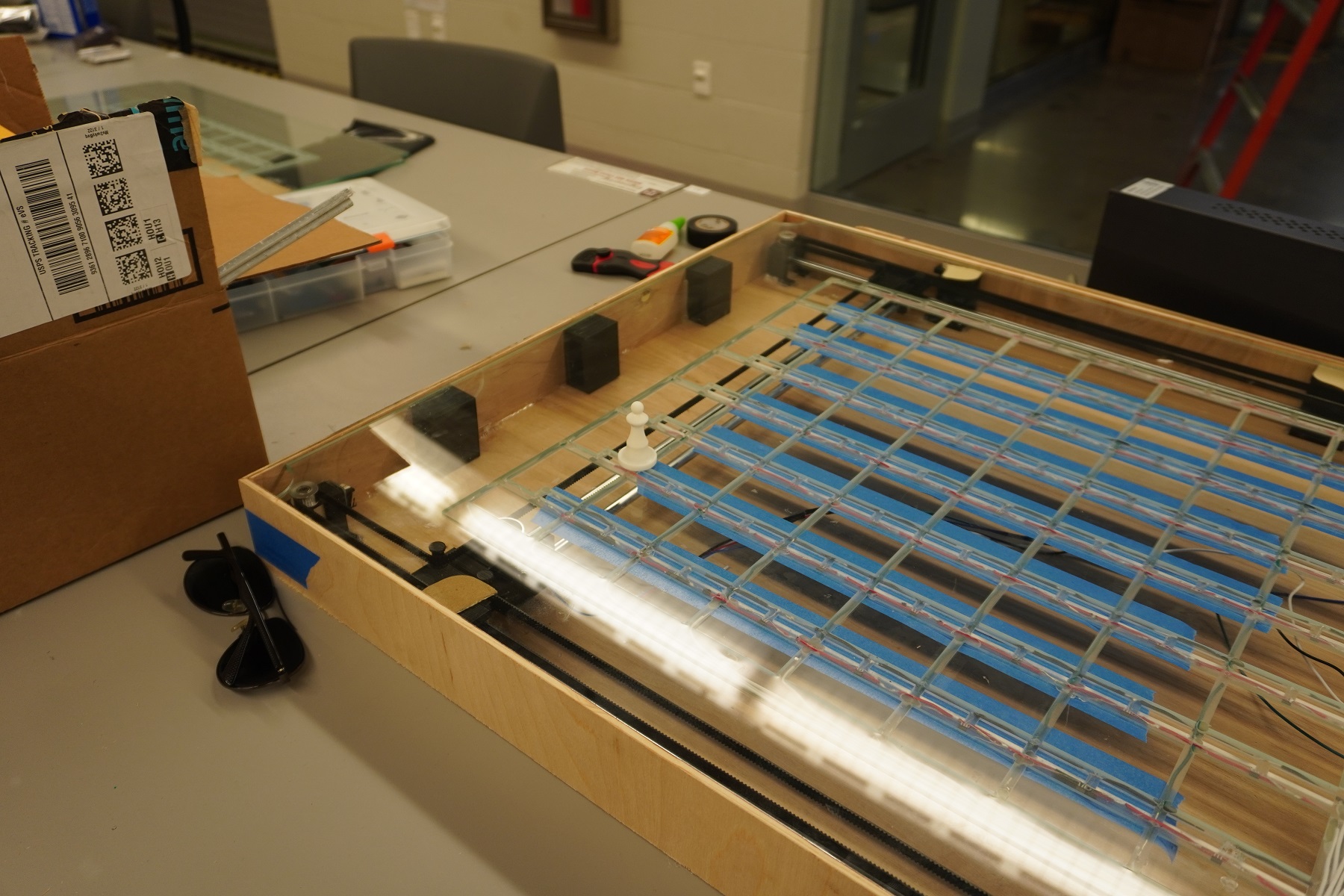 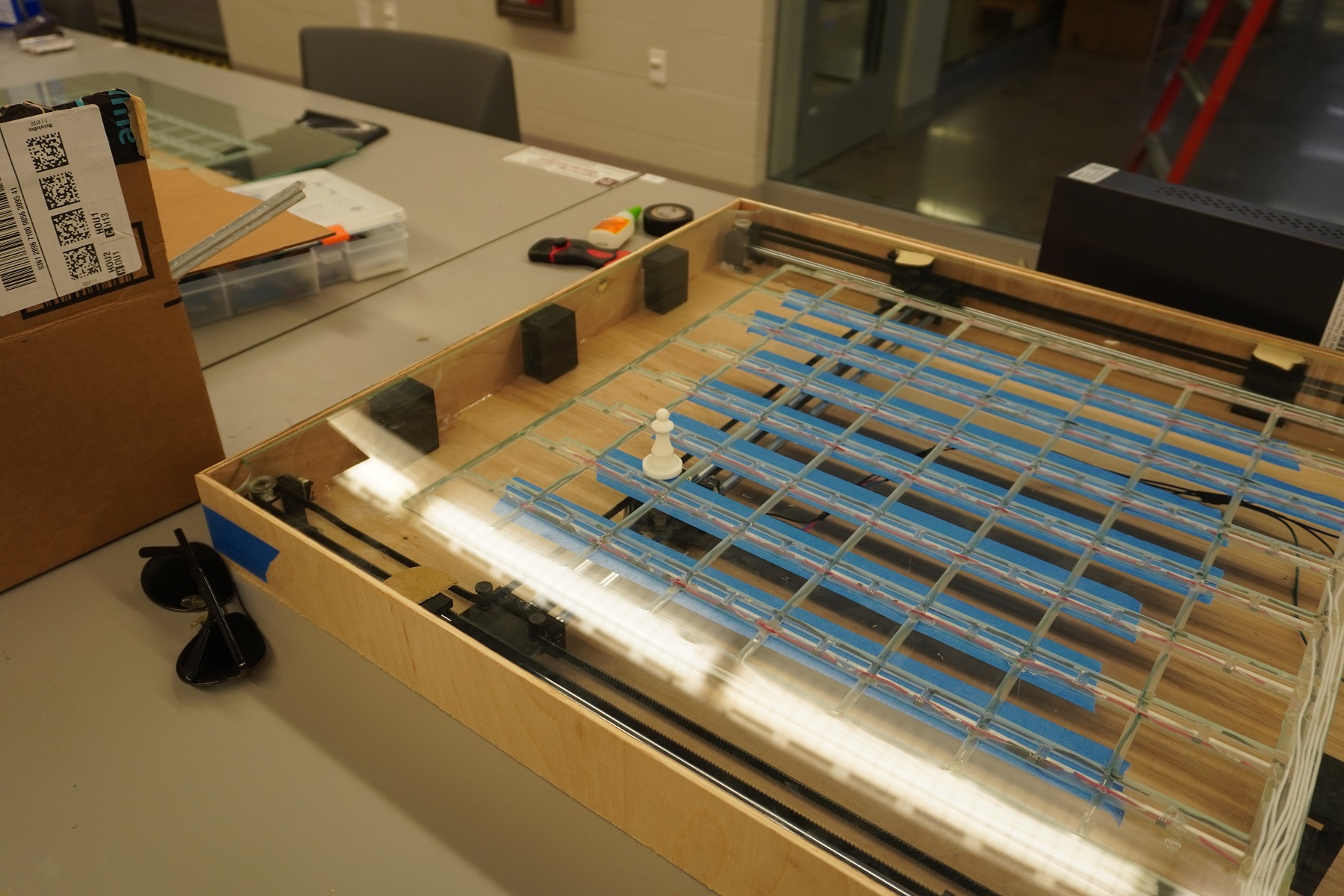 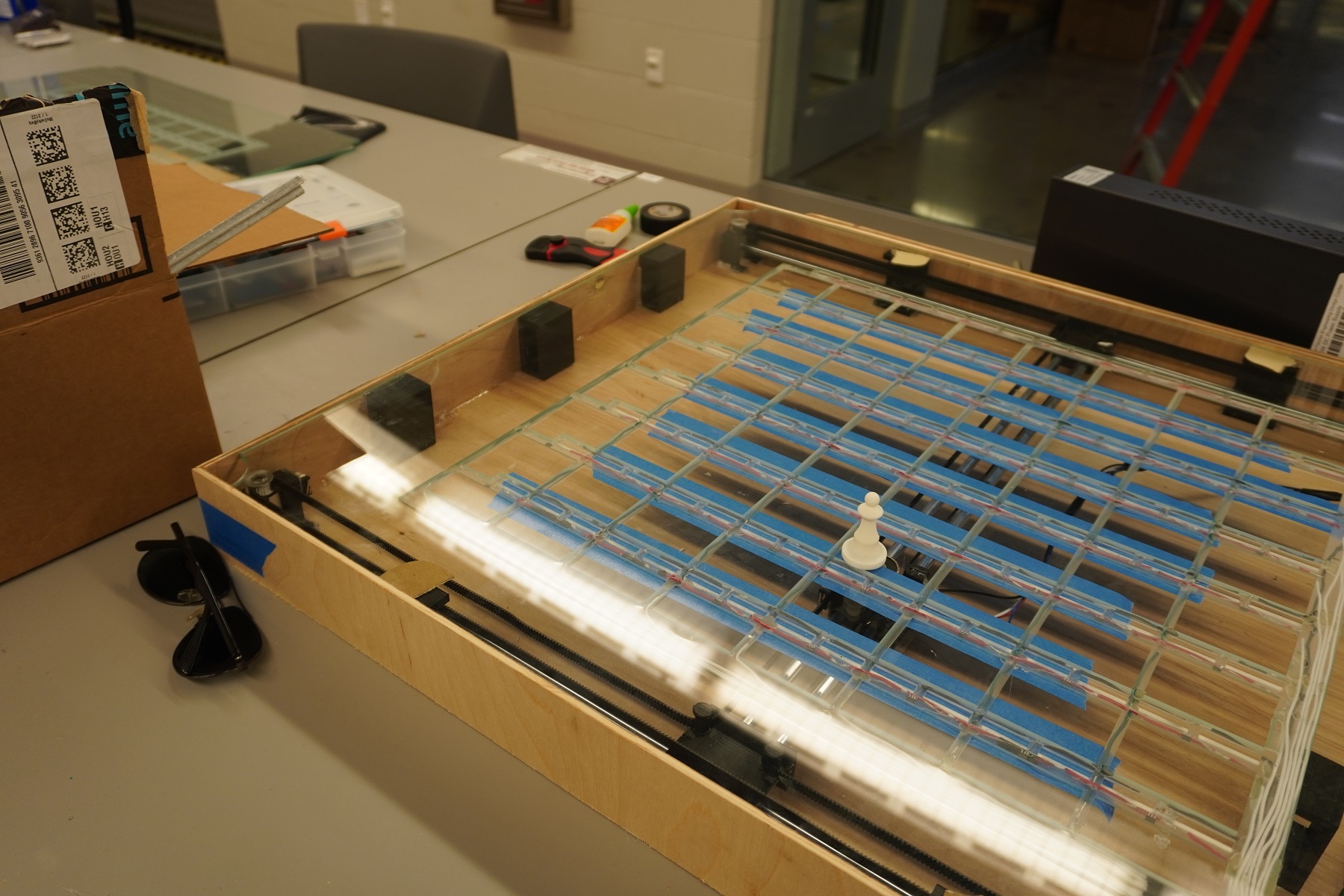 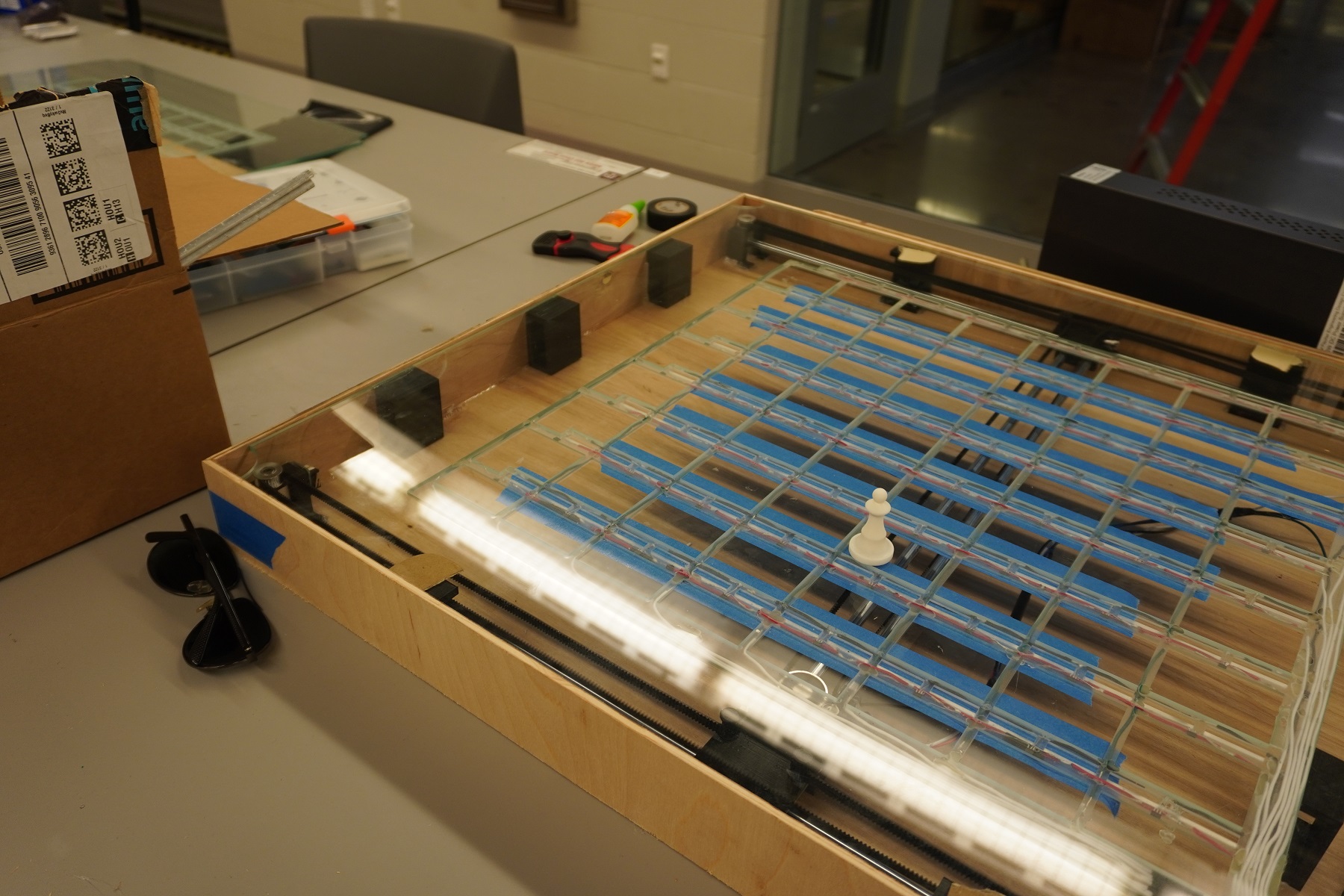 Over the next week, I will be working on enhancing the board from home. Sadly, some of the work will be outside of the 60 day journey blog, so the updates won't be as present as they have been.

Wishing them the Best

I ate with Vincent and Kevin today. It was really great to see them and reflect on the memories we had made over the course of the short year that I have known them. They are both now executive board members of SHPE and am beyond excited for what is in store for them and how they will go on to impact the organization. I know they will do greeat things. 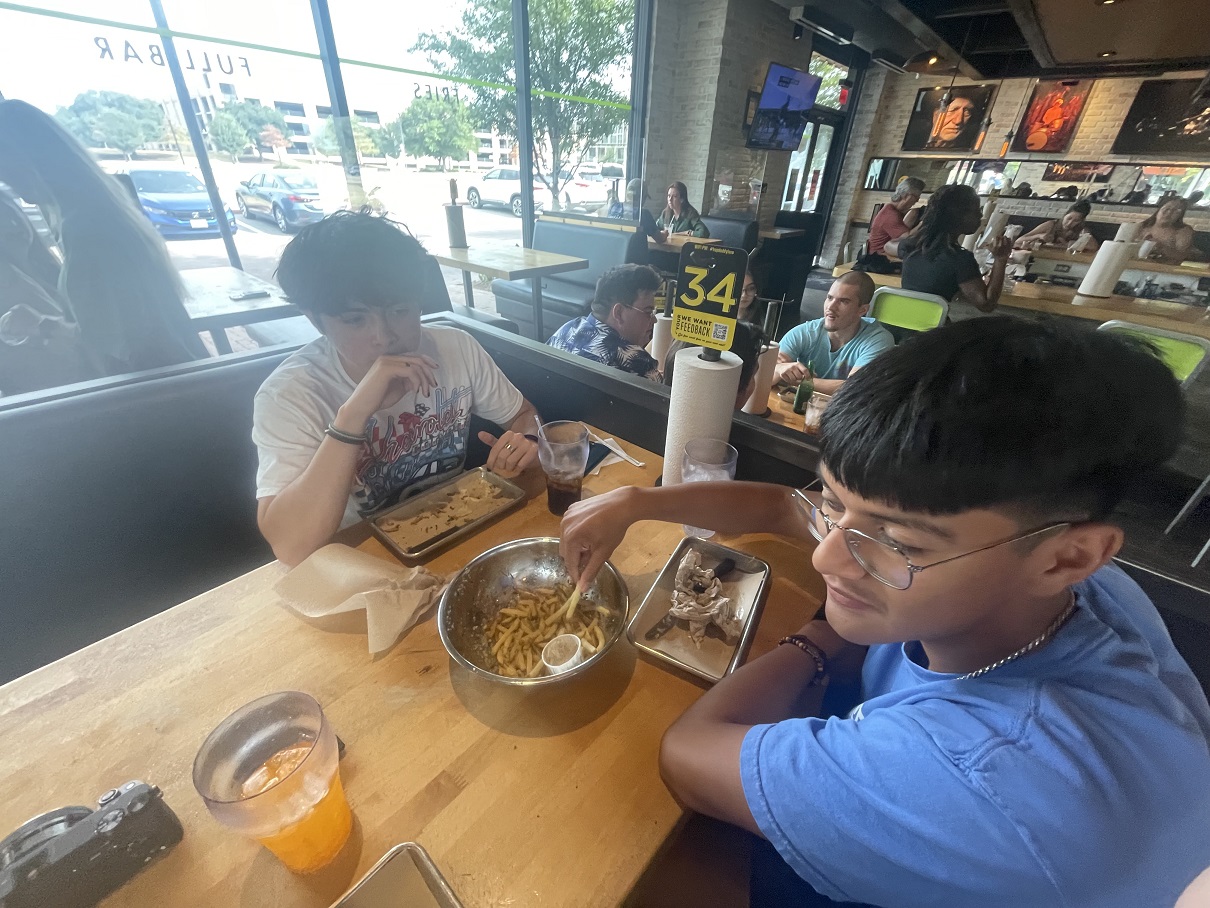 Pops stopped by today to grab some dinner with me and take a look at what will make up most of our Sunday. He will be coming back to pick up everything I have accrued over the years in College Station. Not too sure if I am ready for it.

Today, I journaled, did not work out, read, tracked my caloric intake, and worked on at least one of my personal projects. Today was a good day.

I am thankful for the next executive board of SHPE. I know they will do amazing things and can not wait to see what their journey entails.