Another productive day. I accomplished what I set out to do, but found myself needing more time than expected on a few things. One thing in particular was the code I had planned on writing for the motors within Gambit. The code was just not cooperating with me today, but I did make progress nonetheless.

Today, I kept to a more strict schedule that made me use my time more efficiently. Efficiently in the sense that if I set 15 minutes for a specific task at the beginning of the day, I would do all that I could to finish the task in that allocated time. The only task that surpassed my allocated time was you guessed it. Code for the motors.

Overall, it was a very good day as I made good use of my time throughout it. Tomorrow, I will try to work on other personal projects aside from Gambit to see what could come of it.

The motors today were causing me trouble. Yesterday, I mentioned I wanted to create a script that allowed me to enter a direction and a set number of rotations that would then make the motors spin accordingly. Although I was able to do so, it would only work once before the script would malfunction. More specifically, the serial monitor input for the arduino would have a false reading which would make the motor not behave as expected.

I spent many hours trying different approaches and debugging, but came to a point where I got tired of looking at the the arduiono IDE. So as I normally do, I distracted myself by FaceTiming some friends. One friend that I called up was Jonathan. A coding legend that I always look to for any advice pertaining to computer science or anything really now that I think of it. We had a conversation regarding a project he recently started that incorporated hand gesture recognition with a DC motor. 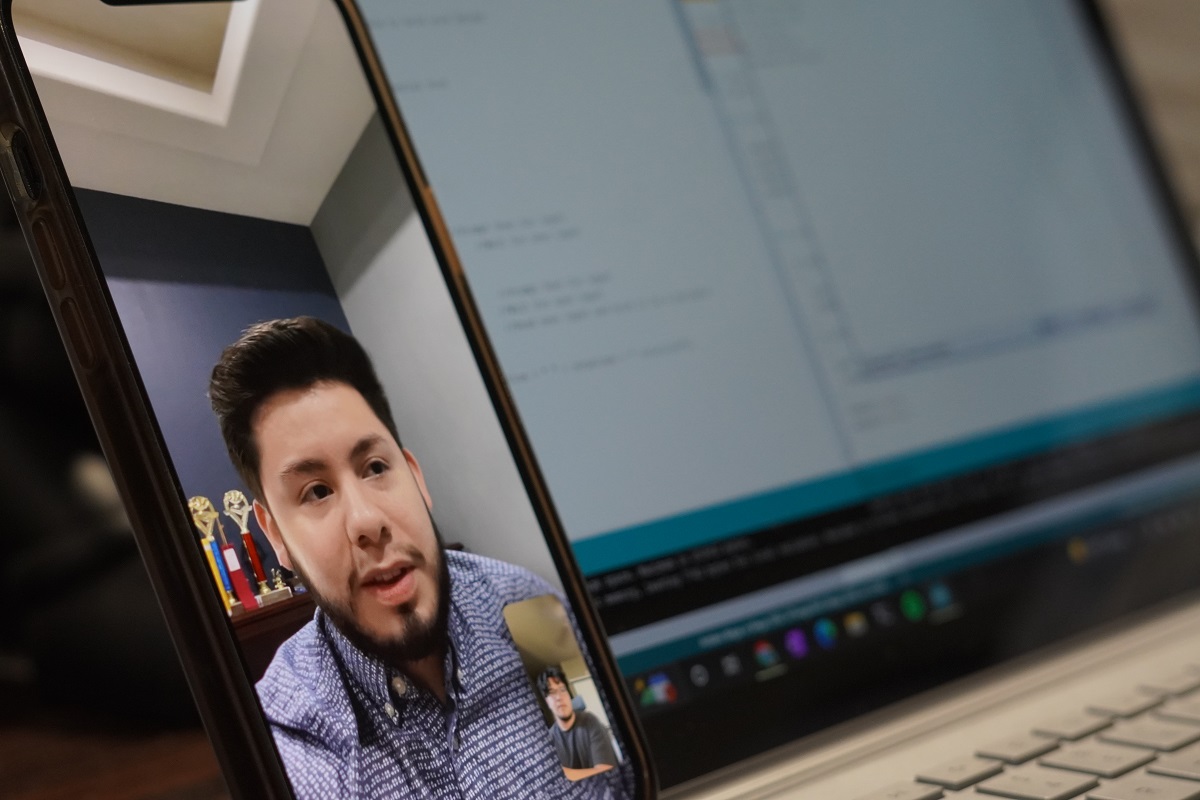 Prior to our conversation, I had no idea that I could get a python script to communicate with an arduino. This possibility made my mind wander as I knew I could now incorporate a greater chess engine to the chessboard which would in turn make it a better product. Hopefully, I can learn how to do so within the coming weeks. It should be pretty interesting.

I was able to get the ball rolling on some of my remaining SHPE tasks today. From finishing up the RLDC document to working on the NCP Report. Within the report, I began adding comments to every section that I saw. These comments mentioned new information and metrics that have been obtained over the course of the semester that I knew should be included in the report. Within the next few days, I plan to continue adding more comments and have other officers add some as well. I want to do my best to have a rough draft of the document completed a week from today.

Meditation has always been something that I have strived to turn into a daily habit. The idea of spending a few minutes a day to quiet the mind has always been good for me. Yet, I find myself not making the time for it. Well, today I did. I spent 10 minutes or so breathing in and out and working diligently to prevent any other thought from breaching my focus. It was difficult to do so, and even more difficult to restrain myself from looking at the clock to see how close the timer was to 0. I know it will become easier the more I do it and I know it will bring me a sense of calmness as I go about my days.

I made it to page 52 today of my book covering essentials of physics from the scope of Richard Feynman. In the pages that I read, concepts were covered pertaining to quantum physics. A lot of the material went over my head, but it was very interesting to say the least. One topic that stuck with me was the idea that laws are based off of the idea that if an experiment was conducted, it could be replicated time and time again. However, quantum physics reveals that things can never truly be replicated. Things vary greatly on the subatomic level to a point where change is innevitable. Pretty interesting topic if you ask me.

I also made it to the next chapter in the book that is beginning to demonstrate the relation of physics to other sciences. Should be a fairly simple concept to grasp in comparison to quantum physics, but who knows, I might be in for a surprise.

I am thankful for individuals who answer questions on coding forums. I would be lost without you.